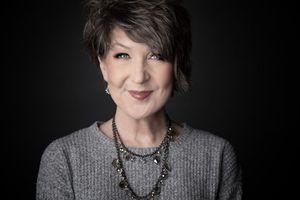 Kenna Turner West is a recording artist, multi-Dove Award-winning songwriter, and five-time Songwriter of the Year—co-writing hit songs such as “Say Amen,” “Revival,” “Small Town Someone,” and “Even Me.” Her many successes have come as no surprise to her friends in the music industry; some might even say that it “runs in the family." Kenna’s father is bass singer Ken Turner, who sang for many years with the legendary Blackwood Brothers Quartet. Her mother-in-law is country music icon Dottie West, who was inducted into the Country Music Hall of Fame in 2018.

With roots that are firmly planted in gospel music, Kenna’s career began in 1983 as a vocalist. In time, however, God began to open a new facet of ministry for the singer. “I had been writing songs for years,” she recalls, “but it was more like journaling with rhyme. Yet there was a season of time around 1997 or 1998, when we were losing my grandmother to dementia and my mom was diagnosed with a tumor near her brain, that I began to see life intersecting with Scripture. The verses that God was using to bring me peace and comfort suddenly began to take on a melody, and I’d write it down. Then one night at church, a friend encouraged me to record some of the songs, so I did; then another friend who worked for a record company gave the songs to the publisher at the label, and within a week, the trajectory of my life had completely changed.”

Kenna got her first cut shortly thereafter (“A Taste of Grace”), followed by her first radio single (“We’re Not Gonna Bow”), which reached #1 on the national charts as well as earning the new songwriter her first of eleven Dove Award nominations.

Twenty years later, Kenna has penned over a thousand songs and has garnered over 100 “Song of the Year” nominations, along with 27 “Song of the Year” wins and eight BMI Awards. As a staff writer for Curb/Word Music Publishing in Nashville, her songs have appeared on GRAMMY® Award-winning projects by both Jason Crabb and Hillary Scott (of Lady A), as well as eight GRAMMY® nominated recordings. You can also find her work on projects by artists such as The Martins, The Isaacs, Michael English, The Crabb Family, Finding Favour, Charles Billingsley, Take 6, The Oak Ridge Boys, The Booth Brothers, Wes Hampton and Adam Crabb of the Gaither Vocal Band, Triumphant Quartet, Travis Cottrell, Jimmy Fortune (of The Statler Brothers), The Collingsworth Family, Brian Free & Assurance, Marty Raybon (of Shenandoah), Joseph Habedank, Karen Peck & New River, Jeff & Sheri Easter, The Nelons, Selah, The Blackwood Brothers, Mac Powell (of Third Day), and many more.

Additionally, Kenna has created six musicals for the church, including Word Music’s best-selling “We Are Witnesses,” along with the Dove Award-nominated projects, “Love Won” and “Christmas Is in The Heart.”

In 2020, Kenna signed as an artist with Crossroads Music Group and released her long-awaited project, “A Reason for Hope,” in the summer of 2021. “I am so excited about this new chapter of life,” she shares. “It is as if everything that the Lord has allowed me to do for Him over the last 38 years has led to this moment.”

Kenna’s career in gospel music has indeed come full circle. The author and board-certified Biblical counselor—who is currently pursuing a master’s degree in theology—continues to blend music, devotional teaching, and humor into a ministry that reaches across the nation and around the world with the good news of the Gospel. Whether she is writing songs on Music Row or ministering alongside noted Christian leaders at venues ranging from The Pentagon to NASCAR chapels to the local church, Kenna’s life has a singular call: to creatively communicate the Living Hope found in Jesus Christ.

“It’s all I have wanted to do since I became a Believer,” she confesses, “and I feel so incredibly blessed that God is still allowing me to do just that.”

For more information about Kenna’s music and ministry, or to book her for an event, contact her office at kenna@kennaturnerwest.com